The Sixth International Companion Animal Welfare Conference, Warsaw, May 2004 Anne from GIN, with friend Norma, and Nuria and Cristina from Amigos De Los Galgos, Madrid, attended at their own expense, this conference organised by the Dogs Trust and North Shore League. Clarissa Baldwin of the London and International Greyhound Forums, was joint conference chairman with Roger Weeks.

The conference was crammed full with fantastic speakers and workshops, providing many opportunities to make contact with other delegates and speakers. Approximately 250 participants came from all over the world, including countries as far flung as Japan, USA, Israel, Turkey, Cyprus, Egypt, Scandinavia and of course most countries of Europe. They were a combination of those who are desperate, with nothing to work with, with those like ourselves who can muster resources and dedicate ourselves to helping those who have nothing. There was simultaneous translation.

Bearing in mind the Five Freedoms for animals to which we are committed: 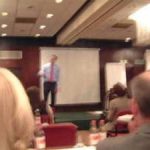 Lectures included topics such as animal control, spay/neuter programmes, disinfection, building and managing a shelter, First Aid, behavioural problems, perfecting sterilisation techniques, the management of feral cats, animal care and the law, fundraising ideas, the management of volunteers, education in schools and targeting the next generation, and finally a very stirring lecture on examining what each of our countries is contributing towards the Council of Europe Convention on Pet Animals. 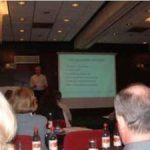 The ICAWC holds its conferences in locations where ‘conferencing’ is cheaper and more accessible for penniless animal welfare workers to travel to. Previous venues have been Bratislava, Sofia, Istanbul and Budapest, Prague.

Poland is a country with a very tragic but rich history, who has seen and experienced cruelty and suffering in massive proportions. Between 1939 and 1945, Warsaw saw the creation and liquidation of its Jewish ghetto and the razing to the ground of the entire city after the Warsaw uprising of 1944. 2000 concentration camps were built in Poland, receiving and exterminating millions of

Jews and others from Poland and from all the occupied countries. The experience was profoundly harrowing and reminded me…….. Anne 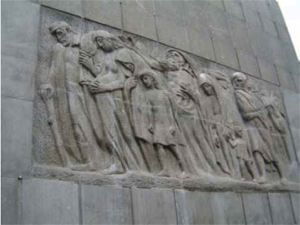 The ARK – Journal of the Catholic Study Circle for Animal Welfare, reviews ‘Eternal Treblinka; our treatment of animals and the Holocaust,’ by Charles Patterson NY Lantern books ISBN 1930051999.

‘…..the attitude which people adopted towards animals, to distance themselves from them as they learnt to exploit them, paved the way for the worst excesses of human brutality towards other people …that the exploitation and slaughter of animals was and is the model and impetus for human oppression and violence …the slaughterhouse providing the blue-print for the mass extermination of people…Power and vulnerability are the threads running through the book … Patterson hopes his book helps our society recognise, acknowledge and take responsibility for the horrific treatment of animals and helps curb our arrogant attitude towards the earth’.