At home with a blind lurcher, a greyhound and four galgos! 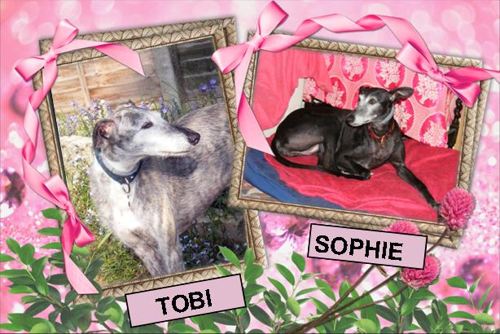 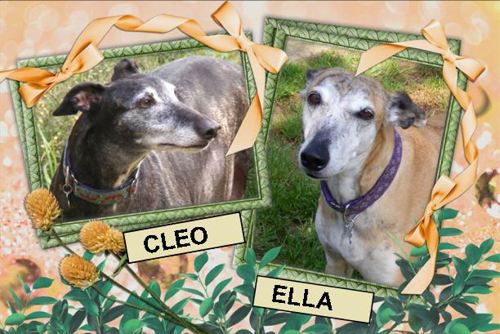 An insight into life at home with four galgos, a greyhound and a lurcher!

Arthur my blind lurcher was the first to join us. He had been ‘retired’ at the age of 7 from being a working dog and his owner was seeking a comfy seat for this gentle lad. What a joy he is, easy going, fits in with all the other hounds and despite his blindness he copes remarkably well with day to day life and out on his walks.

Next to join the pack was my beautiful dark brindle galga Cleopatra – Cleo to her friends! She was the last of her group from Spain, courtesy of GIN, to be homed back in July 2015. Cleo is very intelligent (as are all the galgos) a bit of a thief (understatement of the year!!) with a big personality. She insists on sharing my single bed each night and you can guess who gets the lion’s share.

Then along came Billy a 10 year old black and white greyhound who had been in an unsuitable home where he had not been taken for walks. A happy soul – not the brightest of hounds – but one who just enjoys regular outings and a loving home.

Next to join these three was Gemela (now Ella) another galga from GIN. A quiet unassuming brindle girl who appears to know exactly when mealtimes are due and has no trouble in vocally reminding me that she is hungry!

A year later Tobi joined us – again from GIN. A long haired galgo with funny eyes and wonky ears but very endearing despite his slightly odd appearance. Tobi considers himself a lap-dog and this loving boy is forever putting his paws on my knees hoping to climb up and share my chair. He is a true TV Addict – his favourite programmes being Supervet and the Yorkshire Vet and Tobi is fascinated by cats and chickens when they appear on the screen.

Finally Sorti (now Sophie) brought my canine companions up to a total of six. A very timid black girl who has gained reassurance and confidence from the other hounds. She came round much quicker than expected and was going out for walks in just over a week of living here. There is still a way to go as although I can stroke her on some occasions – at other times she shies away. It didn’t take her long to learn what treats are and she often races down the garden with her pal Tobi. Little and large, smooth and hairy ..but they do say opposites attract!!

I am honoured to be ‘Mum’ to such a lovely family of canine ‘kids.’ There is never a dull day and despite their occasional misdemeanours – they soon cheer me up if ever I am feeling down.